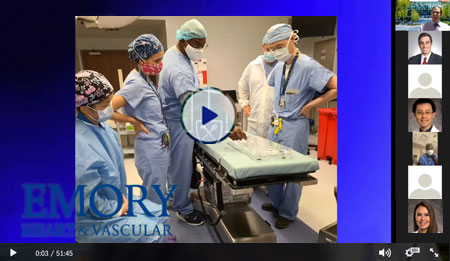 Greetings from the Program Director 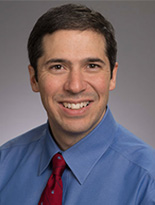 On behalf of the faculty and staff of the Emory Division of Vascular Surgery and Endovascular Therapy, I invite all prospective vascular surgery trainees to apply to our residency or our fellowship.

I've been attracted to teaching for as long as I can remember, and wanted to be a program director since I was a young resident. The fact that most program directors never seemed to quit made it hard for me to land this job!

My dreams were realized when I was offered the opportunity to join the Emory University School of Medicine in 2017 and become the program director for its vascular surgery fellowship, and to design and lead its first integrated vascular surgery residency. I feel enormous pride in being able to contribute to Emory's world-renowned legacy and a program that has been a pioneering force in vascular surgery education since the 1930's.

Ultimately, I saw that having the two tracks run simultaneously dramatically strengthens all trainees. I took careful notes as I witnessed the challenges of starting a new integrated program firsthand, observed the potential conflicts, and monitored the optimal solutions, thereby learning how to avoid problems from the start.

Emory's vascular surgery program is similar to a few, different from most, and completely unique in its superb combination of experiences and education. Our large faculty roster (>15) includes exemplary Emory vascular surgery graduates as well as vascular surgeons who have trained all over the United States. We boast multiple, previous program directors that have successfully led vascular surgery fellowships and integrated vascular residencies. Emory University itself gives our vascular surgery trainees access to the entire breadth of vascular surgery practices, ranging from vascular trauma to using endovascular technology that is only available to restricted trial sites like Emory. Our trainees are led and mentored by innovators in our specialty, many of whom are internationally recognized, and rotate through a diverse array of clinical settings, including university, VA, private, pediatric, and trauma hospitals.

My personal commitment to all of our graduates goes beyond preparing them to appropriately manage all aspects of vascular surgery. Emory vascular surgery graduates will enter the professional arena with the rare combination of being able to adopt all new technology as it emerges, while also having solid foundations and experience in major open vascular surgery (aortic, mesenteric, etc.). In addition, they will have learned the skills to become exemplary teachers in our field, and the capacity to become future leaders in academic vascular surgery.

Finally, you are encouraged to come and experience why Atlanta is considered a truly fantastic and diverse city in which to live and play, without any extreme weather. Should you need the latter, we boast the busiest airport in the world, which can send you on a direct flight to any snowstorm (or beach) on the planet!

I look forward to meeting you. Please contact us for more information.