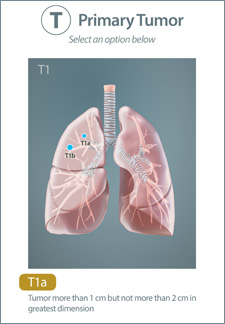 The prototype version of Lung Cancer Preoperative Planning, which is on track to be the next commercially available surgical education app for mobile devices by the Emory Carlos and Davis Center for Surgical Anatomy and Technique (CSAT), received an award in the category of interactive media at the 2017 Annual Meeting of the Association of Medical Illustrators. The app was included in the meeting's Salon, a showcase for AMI members' most recent achievements in medical visualization. A short video demonstrating the app’s capabilities is featured in the Salon's online presentation, and can be viewed here.

"Lung Cancer Preoperative Planning will be used by Emory's cardiothoracic surgeons for resident education and to facilitate conversation with their lung cancer patients about the morphology of their particular disease and associated surgical treatment plan," says Mr. Matlock. "We believe that it is going to be a very versatile tool, and its application at Emory will easily expand to the medical and patient community at large."

The app encompasses a malleable environment that includes the lobes of the lung, trachea, bronchi, bronchioles, lymph nodes, and major arteries and veins, as well as a lung capacity calculator and a cancer staging calculator for conducting predictive analyses. The user will be able to add primary and secondary tumors to the 3D environment, and scale and move tumors within the lung. There are also anatomical illustrations that physicians can draw on and mark up, then print or send to their patients.

The app's preparation is now in the final programming stages, and is predicted to become available by the end of the year. "The published version will be substantially refined and improved from the prototype that was presented at AMI," says Mr. Matlock.